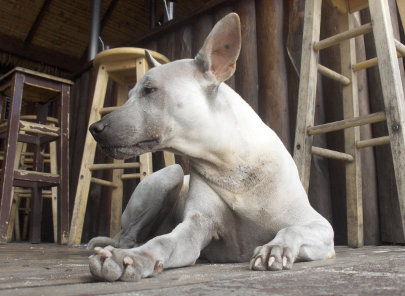 Owen is one of many dogs living at Ban's and only one of even more all over the island (but I think the only one who has a Facebook profile). During high season there's no shortage of tourists to give the dogs titbits to eat. This is probably why they never seem to get aggressive about food.

The people on the island arrange for many of the dogs to be spayed so they don't over breed (which also contributes to them having enough food), and the island as a whole is rabies free (as are many of the Thai islands).