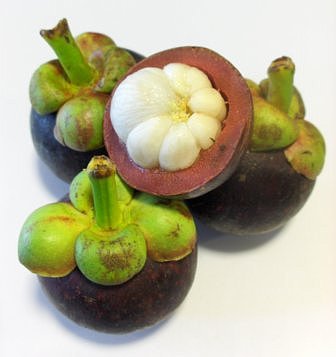 This is my first experiment at taking what I guess is a staged studio type shot. Of course I don't have a studio, but I did manage to fake it.

As the lighting downstairs at our house is random at best the first thing I did was to get the colour balance as natural as possible by using the camera's White Balance feature. This involves just taking a photo of the white paper so the camera can correct for the off-white lighting. If your camera doesn't have this built in then don't worry, take a picture of the paper anyway to use as a reference later.

Because our tripod is very cheap it doesn't hold the camera very steady. This coupled with poor lighting (ending up with exposures of between one and two seconds) meant I needed to make sure that the camera didn't move at all. If you're trying to get rid of all camera shake even pressing the shutter is too much. When I'd discussed this problem with a friend of mine after first getting the tripod he cleverly suggested using the self-timer. The ten second count-down as well as getting well out of the way means you can eliminate all camera movement (especially as digital cameras don't have any moving parts). Using the flash will make the pictures look awful. Use long exposures instead.

If your camera has any manual controls then try to adjust them slightly in both directions. You can alter the shutter speed, the exposure time and even the focus. Take as many pictures as you can. The R817 has a handy Bracketing mode that allows you take photos with a range of lighting and colour settings automatically. All in all I took twenty four photos with all sorts of camera modes and settings.

In GIMP (an open-source image manipulation program with pretty much all of the features of Photoshop) I cropped off the bits that I didn't want and as the picture looked a little bit cold I increased the yellow and red saturation a bit* [*If your camera doesn't have a White balance mode then you should load the picture of the paper into GIMP and then work out the colour correction you need to use to get it to look white. You then apply the exact same settings on the other pictures. You'll get pretty good results like that too.].

One final little tweak was that I felt the 357 × 336 pixel image I show on this page was a bit blurred so I ran that through a sharpen filter on GIMP and did the same with the thumbnail just for good measure.

The best bit would have been eating the mangosteen afterwards, but the neighbourhood kids all turned up (Rainy Sunday Syndrome) and got at them. They also had a good play with my toy studio (which ended with smashed fruit all over the floor).